How an Aussie school boy, 8, recruited Billie Eilish to help save the Great Barrier Reef 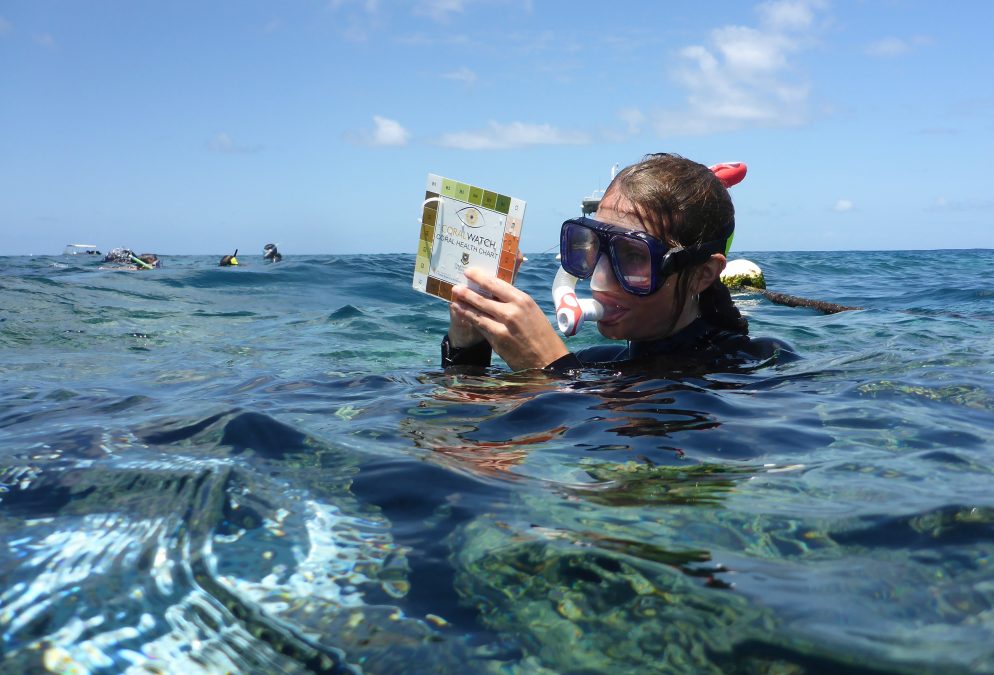 Volunteer-collected data on coral bleaching has been credited with supporting scientific findings about reef health across the globe.

Not-for-profit organisation CoralWatch, based at The University of Queensland, is celebrating its 20th year of world-leading citizen science.

CoralWatch founder and UQ Queensland Brain Institute neuroscientist Professor Justin Marshall said volunteers have been able to cover places scientists can’t get to, including reef systems from Indonesia to Mexico.

“CoralWatch now has more than 8000 members in 137 countries – all engaged in monitoring and protecting coral reefs,” said Professor Marshall.

“We’ve conducted almost 15,000 surveys on around 2100 reefs so far, and as the world becomes focused on climate change and its damaging effects on our environment, the interest is growing.”

CoralWatch members use a colour-matching chart – like a paint swatch for home decorating – to quantify changes in coral colour associated with bleaching on the reef.

“It’s been included in more than 200 scientific publications and used by government scientific bodies such as AIMS and CSIRO here in Australia, and overseas.”

The novice marine biologists range in age from six to 80 and need no experience.

Nine-year-old Elijah Richardson from Bargara, near Bundaberg, is a CoralWatch ambassador and enthusiastic volunteer after going on his first snorkelling trip with the program at age five.

“I learnt so much,” Elijah said.

“I’m passionate about ocean life and want to do what I can to get more people involved to help save this part of our world.”

“CoralWatch manager Diana Kleine said the program’s priorities had expanded over the years from monitoring the reef to helping the community understand what is happening and how to fix it.

“What I enjoy most is seeing the transition in people from despair, to hope and determination,” Ms Kleine said.

“Young school children, like Elijah, are determined not to let this natural wonder fade completely.”

A new CoralWatch book is set for release later this year, titled Coral Reefs and Climate Change. What Can I Do?

It identifies changes that can be made around the home to help protect coral reefs, from embracing solar power and recycling to water conservation.