Be part of a dive community who cares for coral reefs.

Benefits for your dive centre: 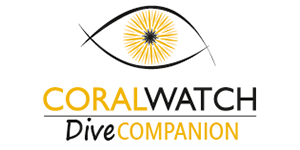 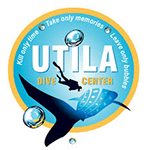 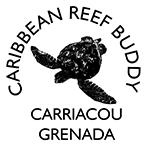 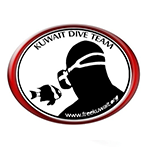 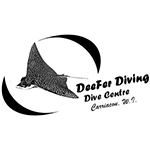 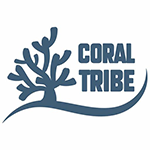 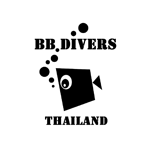 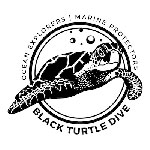 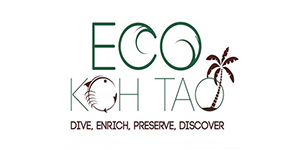 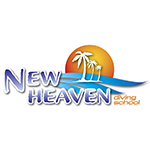 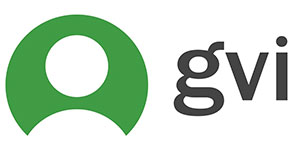 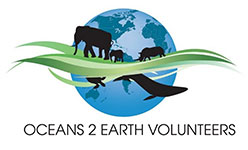 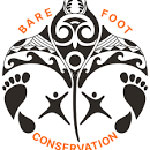 As CoralWatch Dive Companions – this is what we do ….. 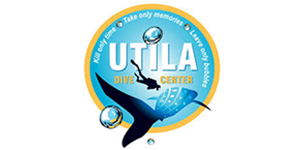 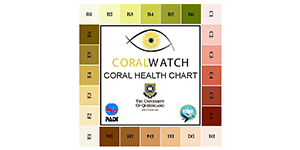 Utila was proud winner of the January CoralWatch- 'International year of the Reef' award for the first survey in 2018. Katie Willis, Federico Torres, Mia McCraw conducted this survey and received a CoralWatch t-shirt
Utila has been our biggest data contributor for years now. As a thank you for their efforts we personalised some of our Coral Health Chart with their logo. 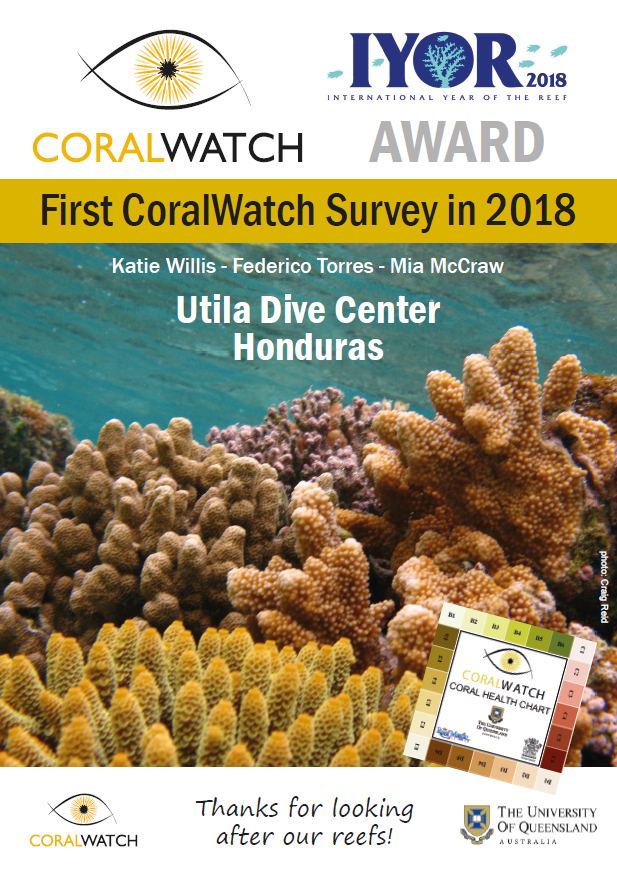 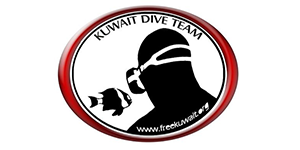 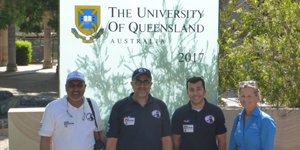 The Kuwait Diving Team have recorded a widescale bleaching occurrence of coral reef on the shores of Um Al-Maradim Island southeast of the country.
The team during inspectional rounds of marine life in the Kuwaiti shores, discovered bleaching that has affected more than 95 percent of coral surrounding the island, Head of the team's Environmental Projects, Mahmoud Ashkanani told KUNA on Tuesday. Coral bleaching is the whitening of corals, stress-induced expulsion or death of their symbiotic (an organism which lives in coral and gives it its distinct colour). This can be triggered environmentally and affects the coral's ability to supply these organisms with nutrients for photosynthesis (carbon dioxide, ammonium), thus leading to the organisms' expulsion. Ashkanani said that the huge scale of the bleaching is unprecedented, and has affected the all of the coral surrounding the island up to a depth of 10 meters. He added that dead fish were also found floating on the water surface, or laying between the coral, indicating to an extremely high water temperature of 34 degrees Celsius under a five-meter depth. The team have collected specimens of the coral, to dispatch to local and international labs for study, he said, calling for added significance to the phenomenon. 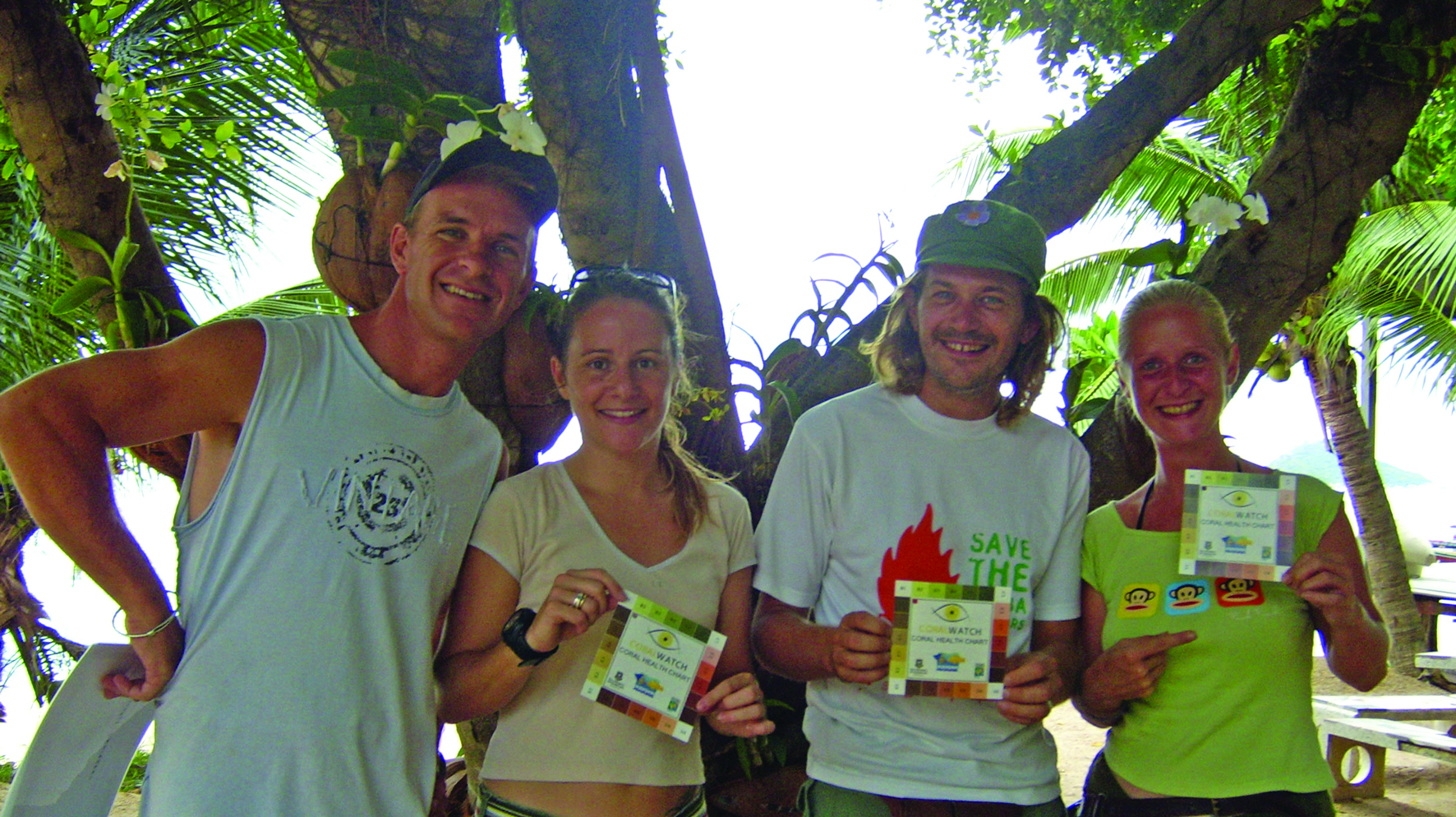 CoralWatch is a regular activity for visitors to the island of Koh Tao, Thailand. Project AWARE Go ECO Operator, Crystal Dive, understands the benefit of providing customers with eco experiences.
Matt Bolton of Crystal Dive says, “We have regular events on a monthly basis all focusing on coral reef conservation. We have had two very good turnouts for our Eco-days which involve Project AWARE beach & dive site clean ups, regular Reef Check coral monitoring and CoralWatch health surveys. On Dive for Earth Day, April 22, we had over 35 people on our boat at a local reef involved in a number of the environmentally focused activities.”


Funding and support for the initial CoralWatch Dive Companion project has been provided by: 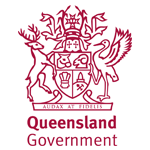 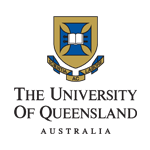