To resize columns, you click on the - or + sign in the left corner of each purple section. This resizes the whole column. (If you want to resize an individual element in the column, use the plus or minus sign in the corner of the blue box. So in the sponsorship page where there are 4 sections/boxes, you have the choice of having them all in one row and sized to 1/4 each or you could have them in two rows sized to 1/2 each. In the example below, you'll see that I have resized a column from 1/4 to 1/4 of the page size.

The sponsorship columns are made up of an Icon box (which has the photo), a Column which has the text as well as the shortcode for the pop-up read more box, and the Helper box which is the section which shows the money amount and what it is for. To edit any of them, click on the pencil icon for each section. When you edit make sure that you save changes/update page. 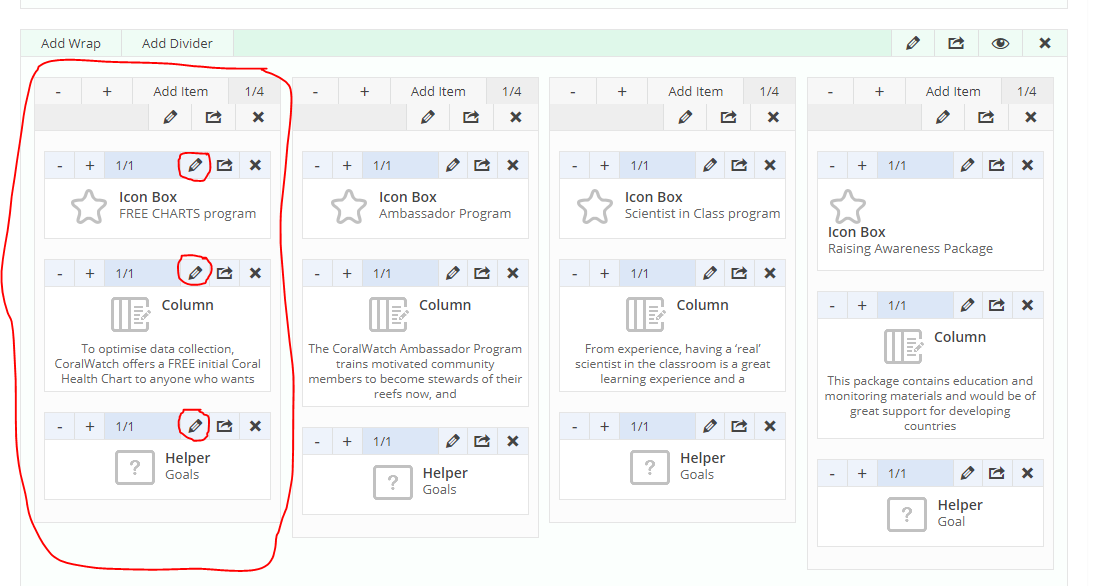 To edit icon box, click on the pencil in the top of the box. When it opens, there are two areas to enter/change. The first is the title. The second is the picture. Make sure the the picture has already been resized to 666 x 444px. 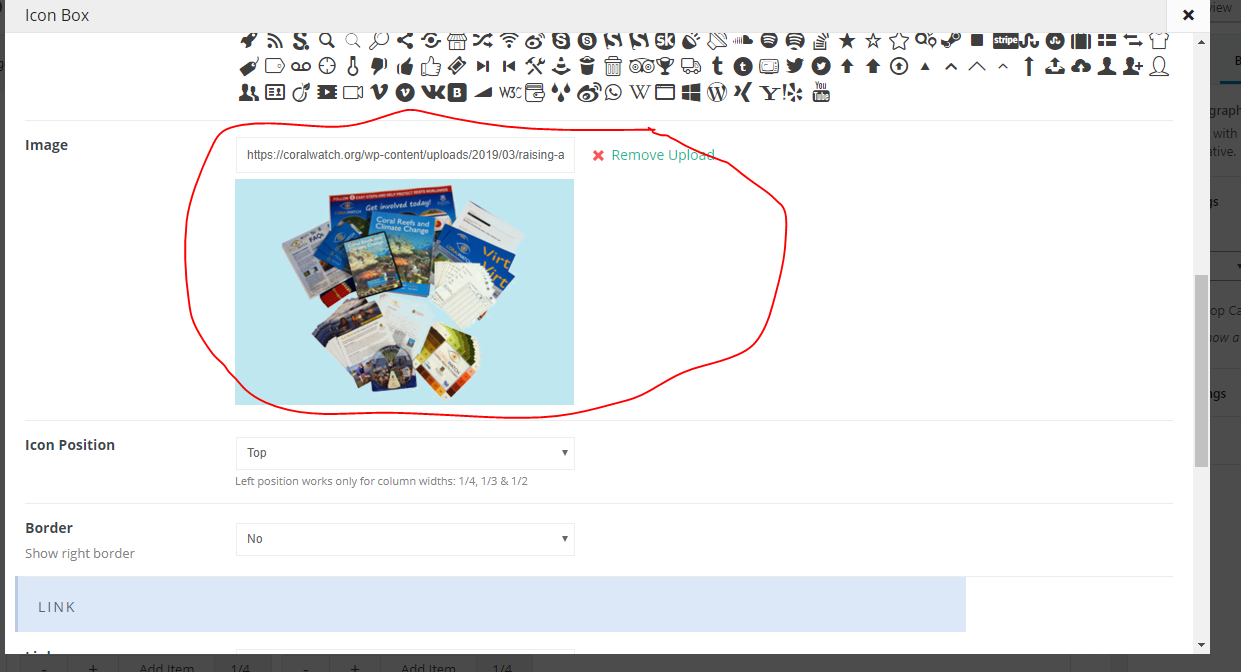 To change the content, there are three sections you will need to edit in the column box.
The first is the line of writing you will see first which is NOT in the pop up content. (Circled in blue in below picture).Write what you need and then make sure that it is followed by this line of shortcode (circled in red in below picture)

Then fill in whatever content you want to appear in the popup box. Remember if you need a new line, just hitting enter won't do that. You need to add a break. (Circled in red)

To end, you MUST have the popup shortcode (circled in red) or the popup box won't work properly. 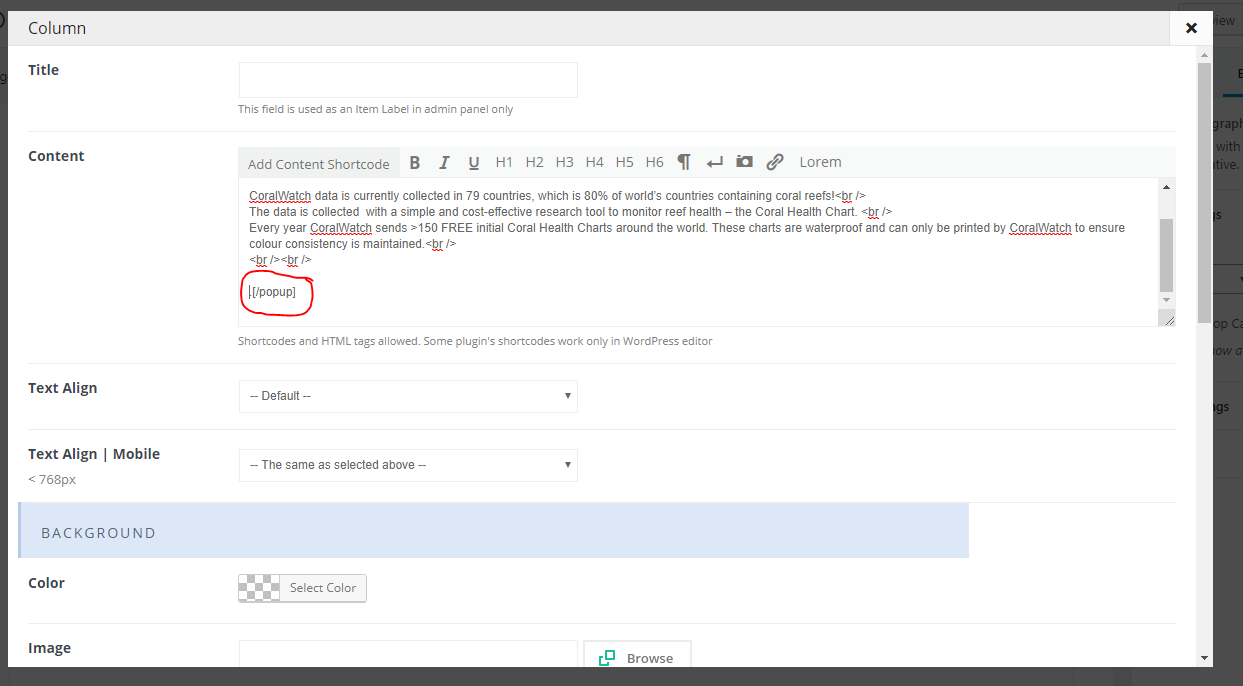 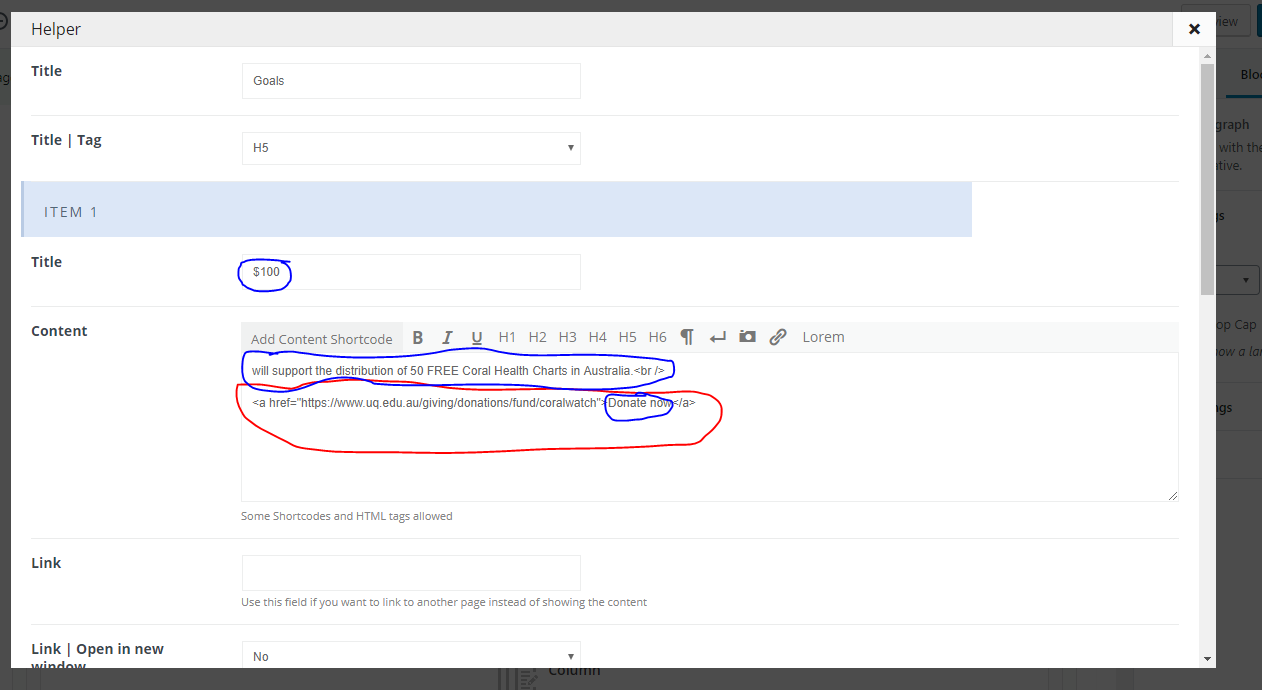